Howard Saltz got his first newspaper byline at age 12, when a weekly in the Bronx, N.Y., published his essay in its annual Mother’s Day writing contest.

He is currently the Knight Foundation Innovator-in-Residence at Florida International University, the nation's fourth largest university by enrollment. Until recently he was the Publisher & Editor-in-Chief of the South Florida (Fort Lauderdale) Sun-Sentinel, winner in 2013 of the most prestigious award in journalism: the Pulitzer Prize Gold Medal for Public Service. It was the first Pulitzer in the newspaper's 102-year history.

​He was the Sun-Sentinel's editor from 2011 to 2018, and added the publisher’s job from 2016 to 2018. As top executive of the Sun-Sentinel Media Group, he was responsible for the daily newspaper, the Spanish-language El Sentinel, the entertainment website SouthFlorida.com, 11 community weeklies, the weekly Jewish Journal (the largest Jewish newspaper in the U.S.) and magazines, and all web, mobile and video platforms. The Sun-Sentinel Media Group is the largest source of print and digital news in English in South Florida.

​Howard Saltz is a native of the Bronx, N.Y., and a lifelong Yankees fan. His wife is an Emmy-winning TV reporter whose first book was published by HarperCollins in 2015. Their daughter attends Saint Andrews School in Boca Raton, FL. Howard Saltz loves to ski and to travel, and is a regular attendee of the annual fringe festival in Edinburgh, Scotland. To read more about Howard Saltz see More about Howard Saltz Page.

​He considers seedless watermelon mankind’s crowning achievement. Before that, he believes, the species didn’t have much to show for itself. (The Sistine Chapel? Eh.)

​Howard Saltz does not usually write in the third person and finds it uncomfortable.

He speaks frequently – in the first person – to community groups, universities and industry organizations, and was a regular guest lecturer at the University of Pittsburgh for many years and at Cal State University for a couple. Howard Saltz is available for speaking engagements. For more on Howard’s past and present speaking engagements, see the Howard Saltz Journalism Education, Speaking Engagements and Awards page.

Howard was from 2015 to 2018 the Chairman of the Dean’s Advisory Board at Florida International University’s School of Communication + Journalism. He was a Pulitzer Prize juror in 2016 and 2017. 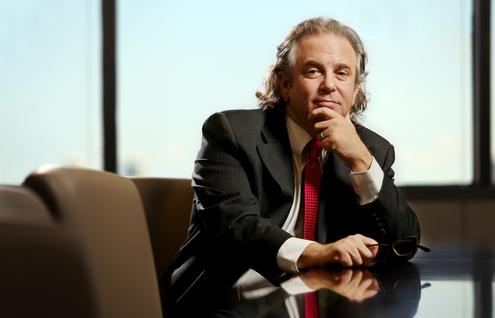 Or, if you want to be old-fashioned, come find me at the beach.