Howard Saltz has won many awards: two national awards for newspaper design, and 12 state or regional awards, mostly for editorials and columns and for design. Of course, there’s that Pulitzer Prize in 2013.

While he was its digital editor, The Denver Post was nominated for an Emmy Award for a story created by The Denver Post and KUSA-TV; it is possibly the first time a newspaper was given an Emmy nod. 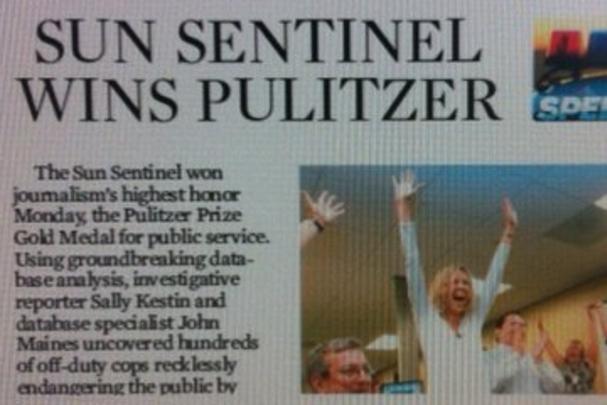 Howard Saltz has spoken across the country at many different journalism-related events. Howard was a regular guest lecturer at Pitt for many years and at Cal State University for a couple.

He was a fellow at USC’s Annenberg School for Communication & Journalism.

Howard Saltz is available for speaking engagements. Please see the contact information to get in touch.

Howard Saltz is a graduate of the State University of New York at Stony Brook (now called Stony Brook University), where he studied history, journalism and math, but spent more time as the editor of the thrice-weekly student newspaper, the Statesman.

He was a congressional intern in 1982.

High school was the prestigious Bronx High School of Science, where he studied math and -– you guessed it -- worked on the school newspaper.